What does it mean for a Latter-day Saint to go through the Temple?

Homepage Rome Temple What does it mean for a Latter-day Saint to go through the Temple?

What does it mean for a Latter-day Saint to go through the Temple?

Going through the temple is an act of faith and progression to a member of The Church of Jesus Christ of Latter-Day Saints.

“To go through the temple” is a broad and vague phrase. It means to take part in special ceremonies that brings members of the church and their families closer to God.

There are three main ceremonies that can take place in the temple:

Members of The Church of Jesus Christ of Latter-Day Saints prefer not to be called “mormons” anymore? The term “mormon” is a nickname comes from a book of scripture called “The Book of Mormon: Another Testament of Christ.” Learn more.

The word Mormon is fine to use in proper names, like the Book of Mormon, or in historical expressions like the Mormon Trail. But we ask that you refer to us as “Latter-day Saints” or “members of the restored Church of Jesus Christ.”

To be baptized is to promise to, “always remember “Christ”, that his spirit may be with you.”

Baptism for the dead is a proxy act done for the departed. It is a ceremony of being baptized in behalf of those who have already passed.

Mesa Temple practices baptism for the dead, and this ceremony is usually performed by the youth of the church.

Endowment is a special promise that is made between man and God. Here is where members learn more about God’s plan for them, as they commit to become better. This ceremony is very symbolic and is very sacred among members of the church.

Members of the church think much differently than the commonly thought, “till death do we part,” stated in common marriage rituals.

In a temple sealing, a man and his wife are married to each other for eternity. Temple marriages are not only a promise between the husband and wife, but also with God.

Or Book your tour today.

Previous Story
Temples Through Time
Next Story
Can I go into a Latter-day Saint temple? 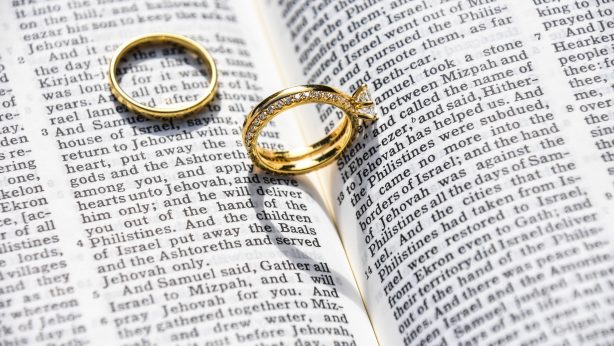 Eternal Promises To the Latter-Day Saints, a temple sealing is...

Can I go into a Latter-day Saint temple?

To The Church of Jesus Christ of Latter-Day Saints, temples...